A Comprehensive Guide to Neighborhoods in Fort Lauderdale 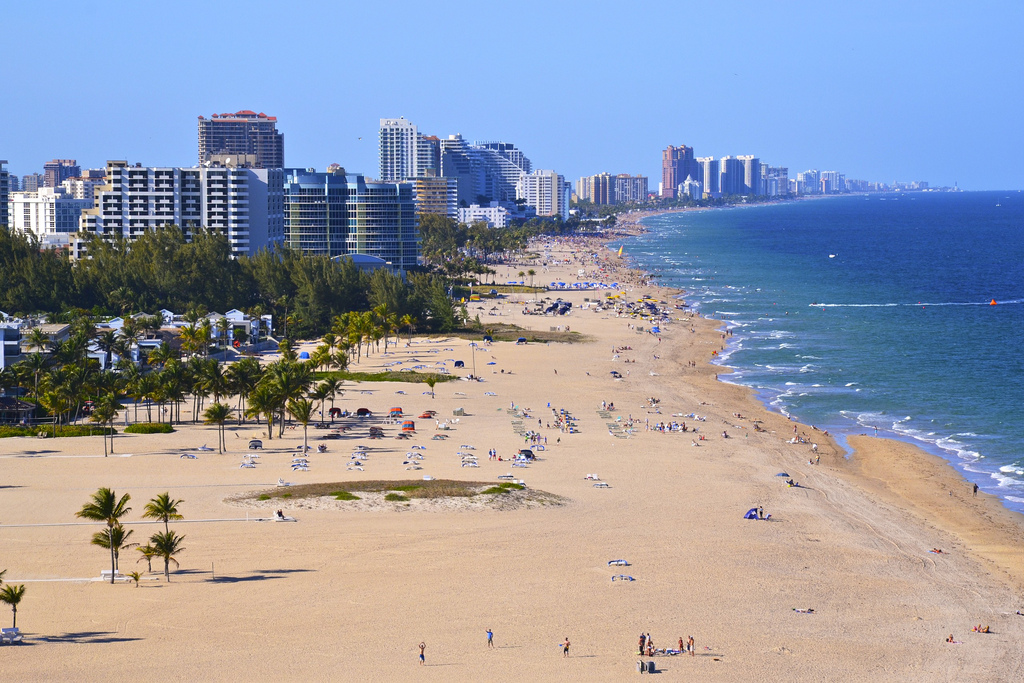 You can't talk about Fort Lauderdale without talking about the beach lifestyle the city is famous for. Everyone from retirees setting down new roots to college kids on spring break flocks to Fort Lauderdale for one reason: the beaches. But the allure attracts plenty of families and young professionals as well, and why not? If you think about, doesn't everyone want to live near the ocean?

Living in Fort Lauderdale Beach allows you to honestly say you live where others vacation. Depending on who you are, that's certainly an additional perk on top waking up with sand beneath your feet while watching the sunrise from your porch every morning. But there's more to do if you live in this neighborhood than just go for long walks on the beach and sunbathe. Fort Lauderdale Beach offers the perfect blend of upscale dining, beach bars, and shopping destinations. STEAK 954 serves up some of the best cuts of meat you'll find in South Florida. It's located within the posh W Hotel, and when you're done with dinner, stop over at Living Room at W Hotel for a tasty drink at one of the city's best lounges. If Fort Lauderdale Beach is famous for anything, though, it's being a spring break hot spot, so it's no surprise that it's home to a handful of famous beach bars. The Gallery at Beach Place is a central hub of activity with restaurants and bars like Fat Tuesday Beach Place and Hooters of Beach Place being filled to the brim consistently. There are also a variety of shops here as well to do some shopping. If spring break is what Fort Lauderdale is best known for, the Tortuga Music Festival is gaining ground fast in that regard. Every year, country music lovers congregate on the beach for good vibes and music. Tortuga is ideally located just a short walk from popular bars like Blondies.

Hollywood Beach has an identity all its own, and it swings between feeling like a beach party and a residential neighborhood. However, the fairly-new Margaritaville Beach Resort is doing its part to make it more of a party spot for locals. The hotel, which is inspired by the iconic Jimmy Buffett song, regularly hosts beach and pool parties with cover bands for entertainment. While Margaritaville is certainly worth a visit if you live here, there are some area classics beloved by locals. Billy's Stone Crab Restaurant is a prime example that has served the community for decades. Also, the Taco Beach Shack is a longtime favorite for beach-goers looking for a tasty snack as they catch some rays. And if you're looking for something a bit more upscale, Diplomat Prime provides a true formal dining experience.

The city of Hallandale, which is right on the Miami-Broward County border, is really just one long street with beachfront condos. But it's worth mentioning because this small neighborhood has managed to forge its own identity separate from Fort Lauderdale and Hollywood Beach. For one thing, it feels like about one-third of Hallandale's residents are here just one-third of the year, and that's because of the large number of snowbirds who come down here from late November to March. If there's any indication that an area is great for beach lounging, it's when frostbitten people from up north swarm to your city to to escape the cold, but there's more to Hallandale than just the beach. Located on the edge of Miami, Hallandale is a short drive away from  Aventura Mall, which is one of the best shopping destinations in either county. Depending on where you are, Gulfstream Park with its casino and assortment of bars and restaurants is a short walk or drive away. Of course, there's beachside dining in your own backyard with Etaru serving Japanese fare overlooking the water.

Fort Lauderdale only has one urban mecca with its share of high-rise condos with gorgeous views, and luxury homes on the marina as well. In contrast to most places, living in Fort Lauderdale's business district offers the rare opportunity to experience South Florida as an urban metropolis and tropical paradise.

Downtown Fort Lauderdale is an intersection between work and play, so that's something to keep in mind when considering where to live in this city. Downtown Fort Lauderdale, which also encompasses Las Olas Boulevard and Himmarshee Village, is Fort Lauderdale's primary business district. Here, you'll find offices for everything from real estate developers and Fox Sports Florida/Sun Sports. Not surprisingly, it's pretty much bustling all day with power lunches at Grill 401 to happy hours at YOLO Restaurant and American Social Las Olas. And because it's smaller than Downtown Miami, the local who's-who quickly becomes a cascade of familiar faces if you live here. Living in Downtown Fort Lauderdale has more perks than just power lunches and happy hours, though. It's also the site of some of Fort Lauderdale's best bottomless mimosa specials with TAP 42 FTL, Himmarshee Public House, and ROK BRGR burger bar + gastropub leading the way. If Sunday Funday is your jam, you'll end up being a regular at Rhythm & Vine Beer Garden. And because Downtown Fort Lauderdale is mere blocks away the beach, you're close to beautiful ocean views depending on where you live.

Related content: The Expert Guide to Neighborhoods in Miami

If there's one thing Fort Lauderdale is known for besides beaches and spring break, it's the sprawling suburbs which dominate the western regions of the county. Most of these neighborhoods have identities totally distinct from the lifestyles, perks, and sensibilities on the eastern side of the county. Fort Lauderdale's western neighborhoods are where you go if you want to settle down with a family or if you're attending one of the local colleges. If you're willing to give up some of the cool perks of living in Downtown Fort Lauderdale or near the beach, then you'll gain cheaper rent in these nice, quiet neighborhoods.

When deciding where to live in Fort Lauderdale, you can't go wrong with any of these neighborhoods if you're looking for the comforts of suburbia. Each of these little towns is no more than a 20-minute drive or so from the other, and they share plenty of similarities even if they have their own distinct personalities. Plantation and Davie are essentially sister towns, and you'll find a lot of locals from one neighborhood venturing over to the other. For example, one of the area's most popular dive bars, Ye Olde Falcon Pub, is in Davie. It's especially popular with college students living in both towns because of its close proximity to Nova Southeastern University and Broward College. But on the other side, there is  CRAFT on 14 attracting students and young professionals alike because of its extensive beer selection and tasty food offerings. And, of course, both cities lie in great school districts for those of you with families.

Like Davie and Plantation, Pembroke Pines, Miramar, and Cooper City are essentially sister cities as well. Pines, Miramar, and Cooper City offer a wealth of choices for those of you who prefer living in quiet, gated communities. If you're looking for things to do, one of the area's biggest attractions, Paradise Cove at CB Smith Park, likes between all three neighborhoods. Paradise Cove is one of South Florida's best water parks, and, for more family fun, you can also head over to  Flamingo Gardens for a day of fun and appreciation of the flora and fauna at the local wildlife sanctuary.

Like Southwest Broward, this cluster of Northwest Broward neighborhoods are all neighboring cities with their own shared experiences. While these towns are all peak South Florida suburbia, they do have a few more big-city perks due to their shorter distance from Downtown Fort Lauderdale. For example, once the weekend hits and locals are seeking respite from dropping kids off at soccer practices and tutoring, the Seminole Casino Coconut Creek is always open for you to game, have some drinks, and chat with fellow locals looking to get away. For the younger crowds who congregate in this area, World of Beer-Coconut Creek's seemingly unlimited options seem to satisfy its regulars.

While the suburbs may not be known for their fine dining options, there are a few here you can check out without making the hike east on I-595. Acquolina and Bellini Itaholian Bistro each serve up some of some of the best dining options you'll find in most of South Florida.

If you're deciding where to live in Fort Lauderdale, there really isn't a bad choice. It all depends on what you're looking for, and one of these neighborhoods in Fort Lauderdale is bound to be the perfect place to call "home."

What to Consider When Selling Your Home in Pembroke Pines

What to Consider When Selling Your Home in Hollywood, Florida

New to the Area? Check Out These Fun Things to Do in Pompano Beach!